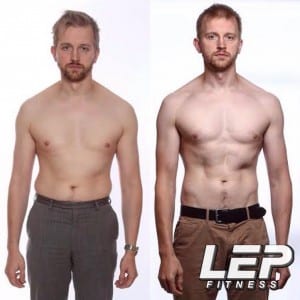 My name is Rob I’m from Sheffield, I’m 31 years old, I have a wife and two young boys. I run a company that designs and imports items from China and the EU for my customers. In my spare time I enjoy working on cars, rock climbing, cycling, cooking and working on my house.

It all sounds relatively active however over the last few years the business has been slowly pushing my other hobbies out of the window! My work demands that I spend a reasonable amount of time away from the UK, last year was particularly bad with me being in china at least one week a month . . .

When I started with nick I was tipping the scales at just under 100kg, I now weigh around 80kg, that equates to over 20kg of fat loss and that’s not taking into account the muscle mass I have gained too!

I’m leaner and stronger than before, I feel so much better mentally, that’s been the biggest gain for me. Its helped me at home and at work. I look forwards to the sessions with Nick as they help me unwind massively!

Vainly enough, people also complement me on my body, it feels ace! That and seeing what I have achieved a couple of family members have started to see Nick too. But most importantly my boys think I’ve done very well which means the most to me!

I was on a family holiday and I remember not wanting to take my top off to go swimming due to embarrassment and also the fact that I wanted my children to look up to me and be proud of me for being a strong, fit and healthy father! I was mortified about my appearance and that was the tipping point for me, enough was enough!

I took a long time to think about how to improve myself and decided with the amount of travelling I was doing that perhaps I should look to get some help, at that point I did some research and came across Nick and LEP Fitness! and i’ve not looked back since!  I have had personal trainers in the past and they have done a limited amount of good. Seeing Nicks website and then meeting with him in person I new instantly that he was a perfect fit. It was clear that he approached things holistically, looking at diet, mental health and exercise, and that was the approach I needed.

My major struggle was and is being around my peer group, all of my friends still enjoy something of a party lifestyle, none of them having kids as yet as such it became very hard to socialise with them whilst remaining on my diet, although I found out that once I stopped drinking you found out who you actually had a connection with and who were your friends as usually they would diversify and you spend time doing something other than sitting in the pub.

I love the exercise and it’s been pretty straight forward to complete, we’ve slowly built up which has felt very manageable. The only times I’ve struggled is the last few weeks before my holiday, were calories were a lot lower + adding extra cardio most mornings! at that point I felt pretty exhausted and reluctant to get out of bed, but once I was going it was good and it’s been 100% worth it!

I have tried to emphasise my hobbies again, cooking new and interesting things that are healthy and tasty, which initially was a bit of a challenge for me. Spending more time climbing and with my boys. All of this has helped me put some perspective on life, and try to prioritise what’s important to me. 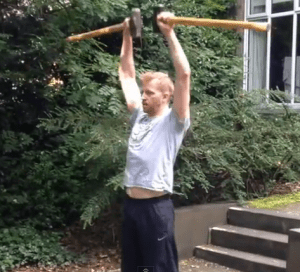 I’ve learnt a huge amount about nutrition and how things affect you and why, it’s been remarkable. I wasn’t really doing any training before so that has been a complete culture change by comparison with what I was doing before. Lifestyle wise I’ve learnt to take more time to relax as the rest is just as important as the activity.

I want to remain lean but I’m planning on targeting my core, biceps and shoulders going forwards. I want to set myself a couple of goals in terms of my climbing also.

Just start, so much of my time was sat wondering about what I wanted and then umming and arring about how to achieve what I wanted. It took a long time to become confident enough in myself to contact Nick, this was one of the biggest hurdles, although once I met him, got through the first session and started the diet plan I realised that I had been silly and that it was easier than I had made it up to be in my head . . .