It’s well known, generally, that young people aren’t as active as they used to be. Gone are the days of children staying out all day, playing in the streets and running laps of the neighbourhood. Instead, kids are parked in front of their TV screens. They’re tapping away on Xbox controllers and glued to their PlayStations, and as a result, are less fit than children used to be thirty years ago.

But, is there a way that all this technology could actually help to get kids active? Rather than turning them into sedentary couch potatoes, could technology actually encourage children to lace up their trainers and get outside? Well, it seems so. So long as it’s wearable technology, that is.

Wearable technology refers to the kinds of devices that can be worn on wrists in the same way that watches are. These pieces of tech allow people to monitor an array of metrics that are relevant to the sport they’re practising. For instance, FitBit and Nike are among the most popular manufacturers for wearable tech, allowing people to track their heart rate, their distance, their speed and their elevation when they’re participating in solo or group sports.

The information gathered  by wearable tech gives us insight into our performance when we’re playing sports, encourages us to compete against our own ‘personal bests’, and very often connects to various apps (such as Strava for instance). This allows us to share data with our friends and can even place us on a leaderboard. In this way, it encourages healthy competition and taps into the most addictive and rewarding aspects of gaming, meaning that kids are incentivised to get running, cycling or even using their wearable tech for school sports such as football, rugby or netball games.

But, there are companies that are taking wearable technology to a whole new level. A start up called Technology Will Save Us has created a wearable device that children can build themselves. A make-it-yourself ‘Mover Kit’ challenges and motivates children, requiring them to piece together a series of components (including a circuit board, a motion sensor, a compass and LEDs). Apparently, it’s as simple to put together as a LEGO kit, but challenging enough to make kids want to have a go at building their own. But best of all, kids can personalise their wearable tech. They can tell the computer things like “When I jump high, unleash green”. “When I moonwalk or do a handstand, flash pink”.

Once built, the LED lights illuminate whenever children move. Twisted one way, the white light illuminates from the device, and moved another, a red light emits. However, when children move a lot, all of the ‘rainbow’ LEDs trigger. For kids, this kind of technology is almost as exciting as the social media and video games they’re hooked on – if not more so. Kids get to create a piece of wearable tech that’s as limitless as their imaginations, teaching them key skills about electronics and programing, and getting them out and about and being more active.

So, if you’re concerned about the lack of exercise your children or pupils seem to be doing, consider using wearable technology. But, don’t overlook traditional pieces of equipment too. Wearable tech could be best used in conjunction with the kind of sports products provided by educational suppliers such as this one. For instance, a rounders bat can be fun on its own, but it suddenly becomes a whole lot more interesting when kids are wearing a piece of technology to track the number of swings they do, the speed of their swing or the time spent on the pitch!

So, don’t worry about kids and technology just yet… technology might be part of the problem when it comes to declining levels of activity and fitness in our children, but it’s bound to be part of the solution, too.

This article was written by Patrick Vernon. 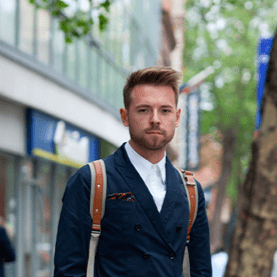